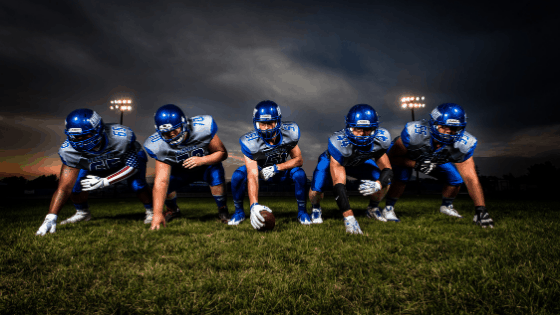 Don’t Let A Injury Ruin Your Beautiful Smile. A good implant dentist in Salem, Oregon can restore your beautiful smile. You know because unfortunately, when your son’s football coach told him to wear his mouth guard, his mind was a hundred miles away. So he went to practice with his mouthguard in his pocket where it could do absolutely no good. As it turns out his team mates packed on a lot of muscle over the summer!

When the scrimmage began your son got sacked. To make an all too familiar story short an elbow landed in his mouth and two of his bottom teeth broke out. They might have been able to re-implant the teeth if another team mate didn’t step on them. It was awful. This otherwise normal part of summer suddenly turned into a not so normal ordeal. Don’t let A injury ruin your Beautiful smile

There was bleeding, blaming and bad feelings all around, but finally everyone realized that contact sports are never without risk. There was nothing left to do but visit the ER. The attending physician sutured the gums after removing small fragments of debris from the football field. The radiology department took x-rays of his neck and face. The young resident on staff looked over the films and said that he didn’t think there were any other bone injuries. Your son was prescribed antibiotics and sent home.

Although the injury didn’t pose any further health risk, there was still negative emotional impact. You couldn’t look at your son without wincing…and his father muttered about ending his football career altogether. Your son became a hermit, canceling most social contact that he would have otherwise been eagerly preoccupied with. The whole family turned sad. The summer was almost ruined.

Well after the mouth injury healed there was the gap to fill before the many important events of high school senior year…and of course commencement.

Modern dentistry to the rescue!

Luckily the family dentist, Dr. Travis Hunsaker was able to work with your son and plan for implant surgery to bridge the newly created gap between his bottom teeth.

It takes two basic procedures after the initial consultation. The first appointment allowed for the implantation of posts which would anchor the artificial teeth in place. The second appointment allowed Dr. Hunsaker to inspect the healing, and then affix the new teeth. The entire procedure was relatively quick. The smile that had blessed his face each first day of school for the last 12 years was once again restored…and so was your son’s love of football!

The first step in any sports program needs to be actually taking all safety precautions seriously. Mouth guards and chin straps actually do provide quite a bit of protection from facial injuries. The second step is for parents, teachers and coaches to enforce these rules requiring the use of safety gear.

The last step is to keep Hunsaker Dental’s emergency phone number close at hand, and hope that you never have to use it. If you don’t have it…write it down now! 507-877-1598! Implant dentist Dr. Travis Hunsaker in the Salem, Oregon area has most of the answers to this, and many other perplexing dental situations. Don’t hesitate to contact Dr. Travis and his amazing staff at Hunsaker Dental to help you and your family with your dental needs!