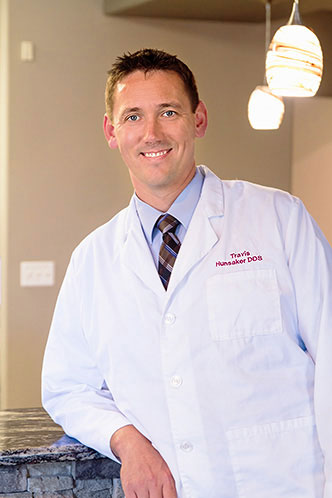 Dr. Travis Hunsaker grew up in Salem and attended Sprague High School. He served a two-year mission for his church where he became fluent in Spanish. At Oregon State University he was a member of the men’s rowing team and received his Bachelor of Science degree. He has held many jobs including security, landscape maintenance, general construction, and concrete work. At Oregon State University he met his beautiful wife Laurie whom he married in 2002. Together they have 3 energetic boys. He and his family love outdoor activities including scuba diving, kayaking, backpacking, boating, fishing, crabbing, hunting, and going to the sand dunes. He also enjoys donating time to the Boy Scouts of America and his church.

Dr. Travis Hunsaker wanted to be a dentist since he watched his father attend dental school. In 2009 he graduated from Marquette University School of Dentistry as a highly praised student and first place winner in the annual research fair.Dr. Hunsaker is an avid learner and loves advanced aspects of dentistry that many don’t provide. He particularly loves being able to offer the best in dental restoration, without the worry, through his advanced training in implants and IV sedation certification.

In 2019 Dr. Hunsaker was awarded his credential as a Fellow in the Academy of General Dentistry (FAGD). This achievement takes several years, 500 approved hours of continuing education, and a rigorous day-long test similar to the boards a dentist must pass to achieve their first credential of DDS or DMD. This award is achieved by only 6% of dentists in the US and Canada. 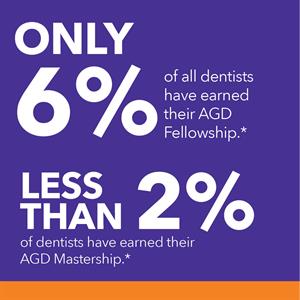 In 2022, Dr. Hunsaker was awarded his credential as a Master in the Academy of General Dentistry (MAGD). It takes an additional 600 hours (on top of the 500 to earn a Fellowship) and another day-long exam. Less than 2% of dentists have earned this title. You can rest assured that Dr. Hunsaker cares about knowing the latest techniques and best practices in dentistry.

In addition to his memberships in the Oregon Dental Association, Academy of General Dentists, American Dental Association, and the Marion Polk Dental Society, Dr. Hunsaker’s advanced continuing education has allowed him to become a fellow in the International Dental Implant Association, a member of the American Dental Society of Anesthesiology, American Academy of Dental Sleep Medicine, and a preferred provider with Invisalign. Dr. Hunsaker is part of a small group of dentists with advanced Invisalign training and exclusive access to an advanced Invisalign program that provides the best in moving adult dentition.